South Florida recorded solid international real estate sales in 2021 despite travel restrictions stemming from the Covid-19 pandemic. According to the National Association of Realtors (NAR), foreign buyers moved about $5.1 billion in residential property in the area last year, giving the state the lead in international real estate transactions for the 13th year in a row.

The numbers, however, are far from pre-pandemic results. For example, from April 2020 to March 2021, foreigners’ real estate purchases fell by 27% in the country, compared to the previous year.

International buyers in the state are mainly from Latin America, led by Argentines (13%), Colombians (12%), Venezuelans (10%), Mexicans (7%), Brazilians, and Chileans, tied with 6% of real estate transactions in the region.

With the U.S. borders reopened, industry experts estimate that potential buyers will close more deals in 2022. According to NAR, 50% of its associates in Florida worked with international clients in the last 12 months, three times higher than the national average of 15%.

The region of South Florida, which includes Miami, Fort Lauderdale, and West Palm Beach, represents 10% of the international U.S. real estate sales. Orlando appears in second place, with 9% of the preference, and Tampa in third, 8%.

The big question is whether there are enough houses to meet the international demand in the state. “Much of the growth in home sales has been in high-end markets, while mid-to low-end areas are not seeing as much growth because there is little inventory available,” said NAR Chief Economist Lawrence Yun. 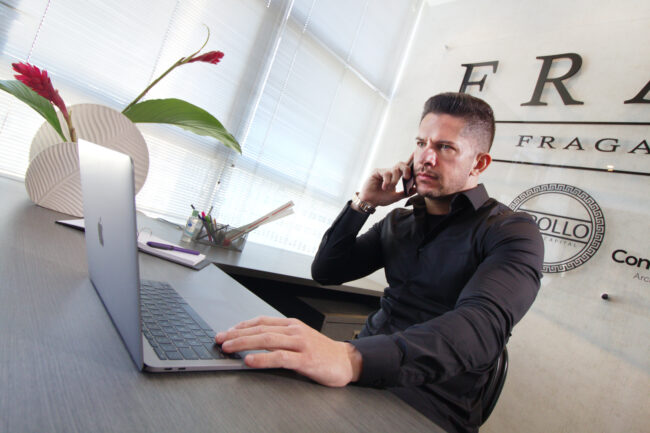 According to Brazilian realtor Alexandre Fraga, CEO of Fraga Company, a real estate hub based in Orlando, well-located properties at reasonable prices are fierce competition. “The dispute is between domestic buyers mainly from New York moving to Florida with remote jobs, as well as investors from Latin America, trying to protect themselves from the economic instability of their countries,” he says.

For eight years in the U.S. market, Fraga has served buyers from different countries, including Mexico, Dominican Republic, Peru, Colombia, and Brazil. “South Americans are increasingly aware of the need to link part of their assets to a strong currency, with an eye on the long-term investment,” he says.

The stability of the U.S. currency combined with the popularity of Orlando’s theme parks makes for a robust choice for investors. In 2019, around 75 million people visited the city of Orlando, 85% of which were domestic tourists. That is, even with borders closed to other countries during the pandemic, vacation homeowners managed to cash in on the flow of local tourists looking for a place to stay close to the parks.

“The city of Orlando does not depend on international tourism, so vacation rentals in the region are considered one of the most profitable and safe investments in the world,” says Fraga. “The great advantage of this business is that the income from the vacation rental often exceeds the installment of the financing and can generate a return between 6% and 11% per year”, he estimates.

According to the NAR, 40% of foreigners who have purchased properties in Florida during recent years consider buying property in the state a safe investment.

This article was originally published in Portuguese by terra.com.br

We use cookies on our website to give you the most relevant experience by remembering your preferences and repeat visits. By clicking “Accept All”, you consent to the use of ALL the cookies. However, you may visit "Cookie Settings" to provide a controlled consent.
Cookie SettingsAccept All
Manage consent

This website uses cookies to improve your experience while you navigate through the website. Out of these, the cookies that are categorized as necessary are stored on your browser as they are essential for the working of basic functionalities of the website. We also use third-party cookies that help us analyze and understand how you use this website. These cookies will be stored in your browser only with your consent. You also have the option to opt-out of these cookies. But opting out of some of these cookies may affect your browsing experience.
Necessary Always Enabled
Necessary cookies are absolutely essential for the website to function properly. These cookies ensure basic functionalities and security features of the website, anonymously.
Functional
Functional cookies help to perform certain functionalities like sharing the content of the website on social media platforms, collect feedbacks, and other third-party features.
Performance
Performance cookies are used to understand and analyze the key performance indexes of the website which helps in delivering a better user experience for the visitors.
Analytics
Analytical cookies are used to understand how visitors interact with the website. These cookies help provide information on metrics the number of visitors, bounce rate, traffic source, etc.
Advertisement
Advertisement cookies are used to provide visitors with relevant ads and marketing campaigns. These cookies track visitors across websites and collect information to provide customized ads.
Others
Other uncategorized cookies are those that are being analyzed and have not been classified into a category as yet.
SAVE & ACCEPT
Skip to content